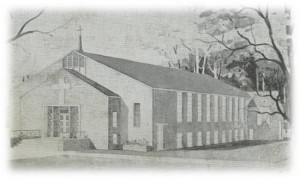 June 26, 1953—Our Lady of Loretto Parish was established by Edward Cardinal Mooney, who appointed Fr. Clair J. Berry the first pastor. Two weeks later, the first Masses were celebrated at Bulman Elementary School. Construction was begun on the present church October 26, 1953, with the first Masses celebrated there May 23, 1954. The church was dedicated by Cardinal Mooney December 10, 1954. The first school classes began    September 9, 1954, in the church basement. The new school building was completed September 8, 1955, and the first 8th grade graduation occurred June 10, 1956. 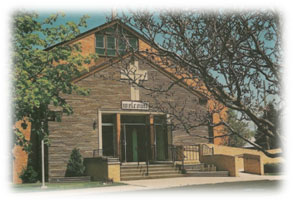 May 1985 — Our parish became the Westside center for the West Detroit Catholic Deaf.

January 24, 1988 — The new Family Activities Center was blessed and an open house was held in celebration.

It was at this time that the Indian Pallottine Community offered their assistance to Cardinal Maida in the Archdiocese of Detroit.    Fr. J.J. Mech was the last diocesan priest to serve at Our Lady of Loretto.